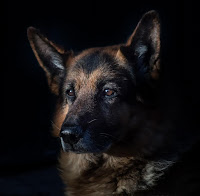 Pets are often a polarizing issue: are owners permitted pets, if so, what kind of pets are they allowed. Even if owners are permitted to have pets in their strata lot, the strata can force the removal of the pet under certain circumstances.

In the case of The Owners, Strata Plan BCS 1644 v Lukovic, 2018 BCCRT 219, the owners kept a German Sheppard dog in their strata lot. Starting in 2014, the strata council received complaints about the dog being aggressive. In February of 2015, there was a complaint that the dog attacked a person, unprovoked, and bit the person.

As a result, my mid-February 2015, council contacted the dog owners to investigate the complaints, and were considering declaring the dog as aggressive as per the bylaws. Council advised the owners that the dog was to be muzzled at all times on the common property, and invited the owners to respond.

The owners responded denying the attack.

Council did not agree with the owners, declared the dog to be aggressive and ordered the owners to re-home the dog.

When the owners refused to re-home the dog, and the council continued to receive complaints about the dog's aggressive behaviour, the strata sued the owners in the Civil Resolution Tribunal to order the dog to be removed.