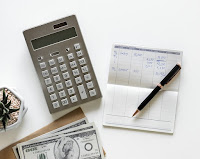 In my original post, I discussed how a strata is only entitled to recover 'reasonable' legal fees and how a strata was denied its legal fees because it didn't originally send the owner notice by email before it incurred legal fees. In the original decision, The Owners, Strata Plan NW 2089 v Ruby, 2019 BCSC 143, the strata had registered a lien against the owner's strata lot in the amount of $4,532.33. The strata's claimed legal fees were in excess of $17,000.


[45] In all the circumstances, the decision by the [strata corporation] to hand the matter over to their lawyers before attempting to make email contact was not reasonable. Those circumstances include the [owner's] unique situation of being absent from his strata unit for extended periods of time by reason of his employment; the [strata's] knowledge in this regard; the [owner's] past dealings with the [strata] regarding special levies and access to his unit, via email; and, the [strata's] failure to contact the [owner] via email prior to putting the matter into the hands of their lawyers. In my view, the legal costs which flow from that decision were likewise unreasonable in their entirety.


[50] In my view, this entire proceeding could have been avoided had the [strata]sent a single email to the [owner], demanding payment of the special levy, as it had in the past, before handing the matter to their lawyer and incurring legal costs. The [owner] was not a "delinquent owner" in the context of [The Owners, Strata Plan KAS 2428 v Baettig, 2017 BCCA 377]. Upon receipt of the first email demanding payment of the special levy the [owner] promptly acknowledged his liability and agreed to pay. He did not agree to pay legal fees which he felt were needlessly incurred. Regretfully, he was not permitted to pay the special levy unless it was accompanied by full payment of the legal fees claimed. The escalating claim for legal fees became a club to cow the [owner] into submission.

[51] . . . The legal costs incurred by the [strata] in this matter were not reasonable, or proportional, in the circumstances. Section 118(a) is not a carte blanche entitlement to full legal indemnity regardless of the circumstances and conduct giving rise to the proceeding.

The strata appealed the costs decision in The Owners, Strata Plan NW 2089 v Ruby, 2019 BCSC 504, and was successful. In overturning the decision the court noted:

[24]        In my view, the question of whether it was reasonable for the petitioner to involve legal counsel is a matter that goes to the entitlement of costs, which was decided by Master Vos when he made his order. Master Vos had the jurisdiction, which he exercised, to make the decision with respect to entitlement to costs and awarded costs to the petitioner. In assessing the reasonable legal costs under s. 118 of the SPA, Registrar Nielsen was to consider the reasonableness of the quantum claimed for the legal work undertaken, not whether he viewed the petitioner’s choice of involving legal counsel as being reasonable.


[41]      On the matter of the actual assessment of the amount or amounts of the bills, the courts recognize that registrars have expertise and experience in the valuation of legal work and accordingly a registrar's assessment of amount will not be interfered with in the absence of an error in principle …

[26]        In applying that expertise and experience to the assessment of the reasonableness of the cost amounts claimed for the various steps taken in the litigation, the registrar should not re-engage in issues that go to entitlement of costs. In my view, Registrar Nielsen erred in principle when he did so, negating Master Vos’ award of costs as he did so. Accordingly, I am satisfied that the decision of Registrar Nielsen should be set aside.

As a result, the owner and the strata were ordered back to another costs assessment hearing for the registrar to assess the proper 'reasonable' legal fees, which would include the appeal legal fees, which is an unfortunate result for the owner.